March and April have been lockdowns months with many countries in Asia even imposing curfews to curtail movement. This is a difficult time for producers who must rely on complex supply chains for both production and sale of their products.

Asian Agribiz spoke with India’s leading poultry integrator, Suguna Foods Pvt Ltd’s Managing Director, G.B. Sundararajan. He explained that the need of the hour was collective action and that ‘clear communication’ between industry partners and government stakeholders was necessary for producers to survive.

As lockdowns in many countries happened almost overnight, the biggest issue many producers had to face was recalibrating their logistics to suit the current situation.

Mr Sundararajan noted that initially there were various hiccups in transportation of feed, DOC, live chicken and meat with state governments in India unclear about movement and logistics regulations. “For three days the Union government had to issue circulars and notices explaining that these were essential services,” he said.

“…..the need of the hour is collective action and ‘clear communication’ between industry partners and government stakeholders…”

In Indonesia, the Indonesian Feed Producers Association has asked the government to ensure unrestricted distribution of feed ingredients during the quarantine period.

In Bangladesh the Government itself stepped in to ensure that there were no supply chain disruptions with the launch of a hotline for complaints.

For countries which deal with mostly frozen products, producers have had to deal with the added challenge of maintaining the ‘cold chain’. Asian Agribiz saw this happen in Sri Lanka where producers struggled to figure out how grocery delivery companies could delivery frozen meat along with dry food.

This however, has also been an opportunity for producers like Maxies Chicken in Sri Lanka as it motivated them to start their own home delivery services. It has helped reach a greater number of new customers directly and build their brand name.

He said, “We now have consumption between 30-50%.” Demand could be more but with the curfew, producers are having problems reaching consumers.

“… the best option available right now is to develop channels to reach the consumer directly.”

This is where Asian Agribiz sees that poultry companies in the retail sphere benefiting more than those in the wholesale market. With the shutdown of restaurants and hotels, many have had the lion share of the business vanish overnight. Hence the best option available right now is to develop channels to reach the consumer directly.

As the lockdowns have a major impact on the economies of the world, Mr Sundararajan advised poultry companies to think about cutting back on production. Further, additional precautions have to be taken to ensure the health and security of staff working in farms and plants, he said.

In India, he said the major poultry producers were working together to reduce capacities, “Already many are operating below 50%,” he said. Breeding farms are channeling their hatching eggs to table eggs and are culling breeders at 55 weeks. Producers are also feeding broilers less, so they are able to sell birds at a lower weight.

“ …. everyone in the industry [should] work together and communicate each other’s strategy….to deal with oversupply,”

“Once the Covid-19 pandemic eases, we will see a lot of unemployment and contracted consumer purchasing power. So, we need to avoid a supply-demand gap,” said Mr Sundararajan.

He predicted recovery to take at least six months to one year for many producers. Many farmers have lost much of their working capital, he explained, and recovery would take time.

“The key here is that everyone in the industry work together and communicate each other’s strategy. Collectively, we will need to deal with oversupply,” said Mr Sundararajan.

India is not alone when it comes to the problem of oversupply prior to Covid-19 and if steps are not taken to curb it during the pandemic, it is going to be a major issue for producers at the end of the pandemic. 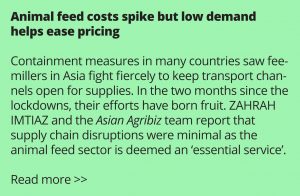 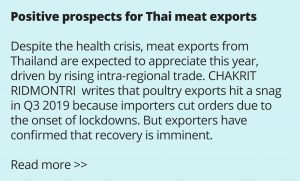 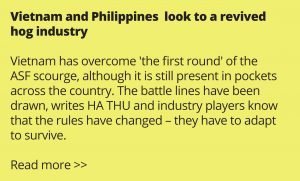