With demand for sacrificial animals predicted to increase in the face of Eid al-Adha, cattle farmers in the country are confident of good profits despite the Covid-19 pandemic, writes MELIYANA.

Eid al-Adha, the second most important Muslim holiday of the year, has become drawn momentum for farmers to sell livestock at good prices. Farmers were worried that their animals would not sell due to the pandemic.

“Sales for sacrificial cattle in Greater Jakarta is stable because the buyers are from the middle and upper classes,” said Edy Wijayanto, founder of Sapibagus, an integrated cattle company located in Depok, West Java.

“This year many Muslims who were supposed to fulfill their pilgrimage to Mecca were not able to do so because of the travel ban. They are using the funds instead for sacrificial animals. Similar for those who had planned vacations.”

Mr Wijayanto told Asian Agribiz that Sapibagus targets to sell 300 heads of cattle for the festival. “The target has been adjusted to the current condition,” he said, adding that the price of cattle is up 5% over last year.

Bunyamin, a cattle farmer in Bogor said cattle sales ahead of Eid al-Adha are higher than normal. This year, demand for sacrificial animals has dramatically increased.

“Around one month before Eid al-Adha, we sold nearly 200 cattle. Usually, we reach this number about two weeks before the festival,” Mr Bunyamin told Asian Agribiz. He believes he can sell more before Eid al-Adha.

Sale of sheep has also increased, according to Mr Bunyamin. He is confident of selling 1000 sheep, having sold nearly 800 currently. The price of sheep with a body weight of 29-31kg is around USD 5.5/kg. 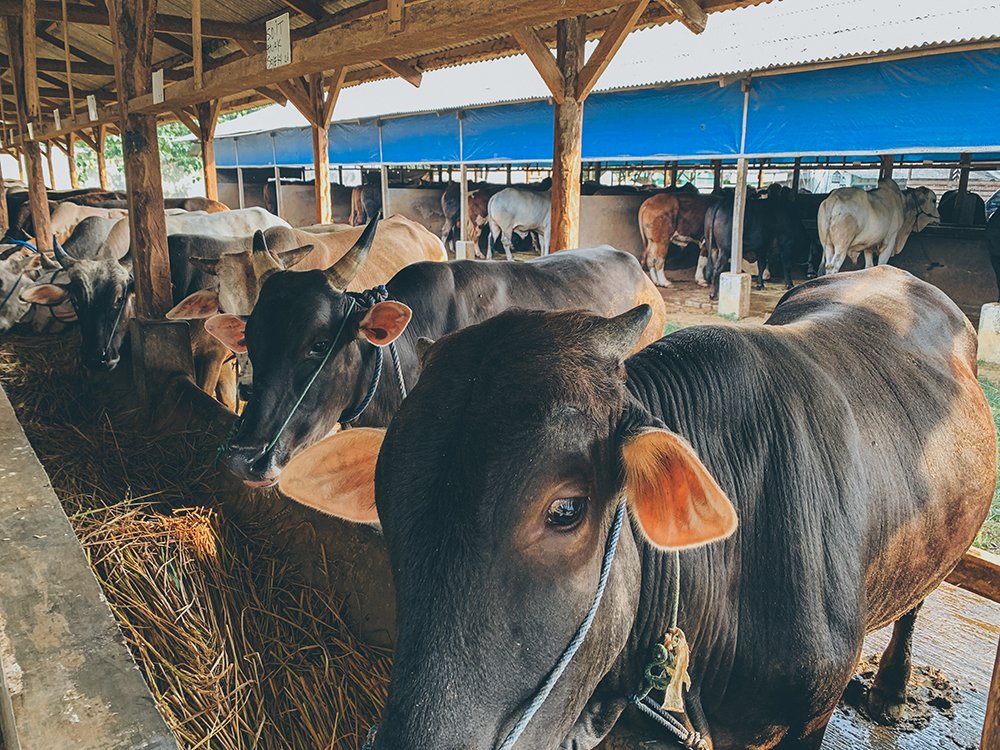 Cattle sold for sacrifice are available in various breeds, including Limousin, Ongole, Madura, and Bali.

Best care before the sacrifice

Besides fresh grass, Mr Bunyamin feeds them tofu dregs and concentrate . The supply of grass is abundant. Similarly, for tofu dregs he partners with a tofu company in Jakarta.

“Until now there has been no problem with feed supply. If there are no tofu dregs, we replace it with cassava,” he added.

Mr Bunyamin said the operational cost for cattle depends on the body weight – USD 70-84/head/month for big-sized cattle and under USD 70 for small-sized cattle.

The sacrificial animals must also be healthy, said Mr Bunyamin. At his farm, a veterinarian from the local livestock service agency helps monitor the health status. Wormicide is a must for sheep while cattle are injected with anthrax vaccine.

Due to Covid-19, mosques will limit residents when slaughtering sacrificial animals.

One alternative is those who buy sacrificial animals have them slaughtered at abattoirs.

Many farmers/sellers also offer their sacrificial animals in a package with slaughtering and meat packaging services.

“We also offer that package,” said Mr Wijayanto. “But the next problem is the abattoir’s capacity.” 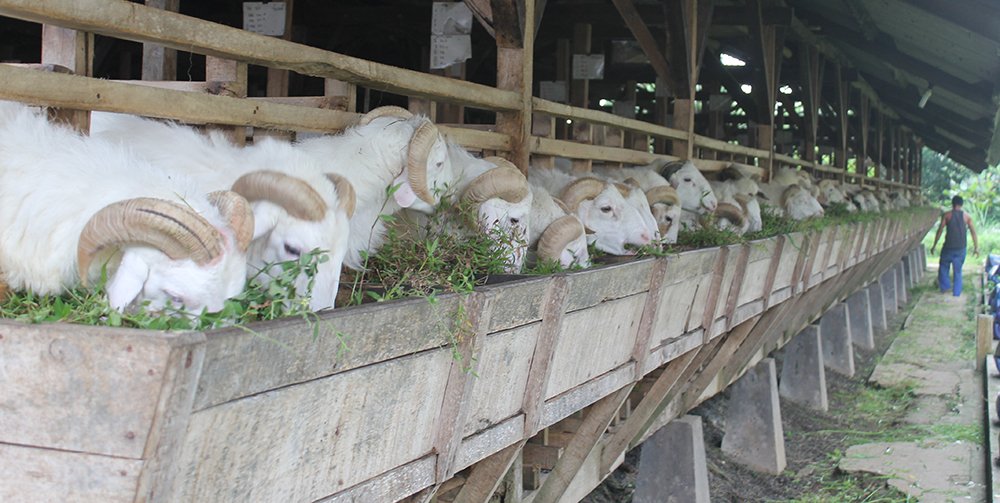 Around one month before Eid al-Adha, Mr Bunyamin had sold nearly 800 sheep.

Sales of sacrificial animals and the sacrifice process must follow a series of rules to prevent the spread of Covid-19.

The Ministry of Agriculture has issued a recommendation on the sacrifice process. It requires the implementation of health protocols without exception, for both trade and slaughter of sacrificial animals.

Trading activities must take place in permitted locations. Sellers must abide by hygiene and physical distancing rules. They also must have temperature monitors, a place for handwashing and hand sanitizers, and wear face masks.