ARIEF FACHRUDIN and the Asian Agribiz team learn more about the sausage casings market, which varies considerably between each Asian market.

To case premium sausages, Asian producers choose collagen; for those in lower market segments, cellulose is the choice. That’s the rule of thumb in a market with many quirks.

The casing is an important part of a sausage. It can be made naturally from an animal’s intestine, come from collagen or cellulose, which can either be consumed or discarded, or alternatively inedible plastics can be used.

Mavin does not currently use natural casings from pig intestines due to regulations over ASF infection.

“Most of the pig intestine casings are imported from China, where ASF is endemic, so importing these is not allowed,” Mavin’s Deputy General, Nguyen Anh Tuan, told Asian Meat Magazine.

“As a result, most domestic sausage manufacturers have had to switch to collagen.” 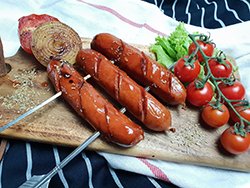 Grilled sausages with collagen casings are trending in Indonesia.

The supply of natural casings from pig intestine now only meets 20% of demand. At the same time, suppliers maintain all ASF viruses will be eliminated if an intestine is soaked in brine for more than 30 days. This claim however, has not been confirmed by the World Organization for Animal Health.

Collagen up, cellulose down

Collagen casings are becoming more popular in Vietnam as consumers switch to Western-style smoked sausages. SFood, one of Vietnam’s 10 biggest sausage producers, uses collagen for all its sausages.

“We use these because they are health-friendly and they are suitable for our sausages,” SFood’s owner, Pham Thi Duong Quynh Huong, told Asian Meat Magazine.

“With collagen, production costs are a bit higher than cellulose because they are imported. However, for products in the medium or high-end segments, it is reasonable to use high-quality casings because customers are willing to pay more for their health,” she added.

Meanwhile, the use of cellulose casings is dropping sharply. Some sausage producers told Asian Meat Magazine that this is due to saturation in the sterilized sausage sector.

Like Vietnam, Thai fresh sausage processors are running out of casings as ASF spreads in China.

They usually import pig intestine casings from China, but as outbreaks continue there, processors have started stockpiling them.

“A shortage of casings from China can lead to increasing production costs as processors seek casings from other suppliers in Europe, Australia and New Zealand instead,” Joe Sloane, owner and General Manager of Bo.Lan & Sloane’s Aharn Farang, told Asian Meat Magazine. 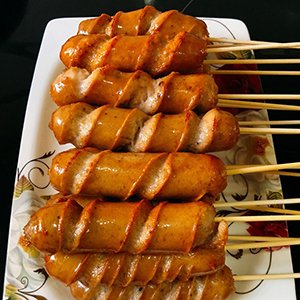 Ban has little impact in Malaysia

Recent ASF outbreaks led to a ban on pork imports from affected areas into Malaysia.

The Department of Veterinary Services banned all products including sausage casings from China, Poland, Russia, Hungary, Moldova and Ukraine initially, then added more countries to the list after new outbreaks.

Sailor’s, a popular sausage brand, is among these. According to its Director, Gavin Wellman: “Our casings are halal-certified and sourced from Spain and the Philippines. They are plant-based collagen casings and are standard in the industry nowadays for mass production.”

However, at small restaurants such as the Sausage KL cafe, which makes its own pork sausages, the ban has had a negligible impact on business as it does not source casings from countries with disease issues and therefore, banned by Malaysian authorities.

“Most of what we use come from Singapore and the UK. We use natural hog casings for our pork sausages and natural sheep casings for chicken and beef,” founder Matt Kerr told Asian Meat Magazine.

Linker for sausages with different casings

The new series produces sausages with cellulose, collagen and polyamide casings, but compared to its predecessors, it boasts improved weight and length control in addition to increased throughput speeds. These improvements come from a redesign of the metering pump, linking unit, hopper and stuffing system. 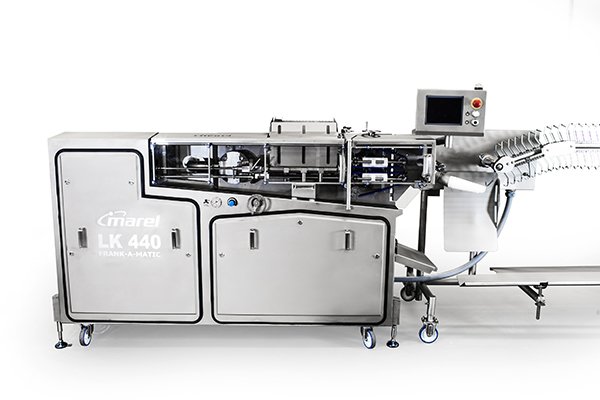 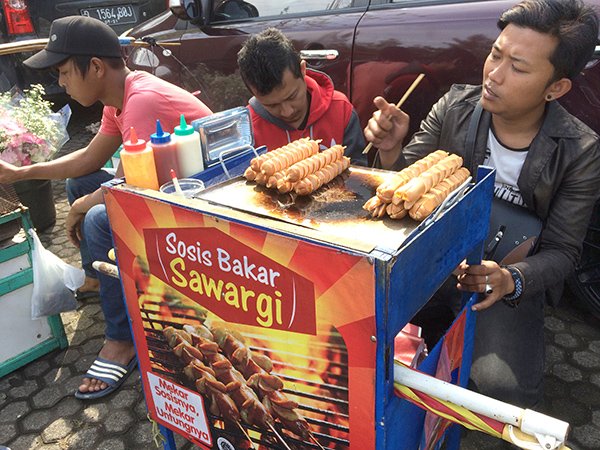 Natural in the Philippines

Philippine meat processors have traditionally used intestines, but following phenomenal growth in the sausage market, it started using more casings made from cellulose and collagen.

As well as hot dogs, which are emulsified and produced mostly by big meat companies, the longganisa, a Philippine chorizo made by small and medium-sized firms, is among of the most popular types of sausage.

Both have seen tremendous growth over the years. Likewise, the popularity of premium sausages has also been rising, as shown by the growing number of outlets serving them.

Sausage-sector growth has a direct link with demand for casings. Imports have been on the rise since production surged in tandem with demand in the 1990s.

For most small producers, natural and locally produced casings remain the go-to products. Erlinda Ronquillo, who produces longganisa to sell at her family’s two market stalls in Quezon City, told Asian Meat Magazine that she has been unable to meet demand because of a casing shortage. 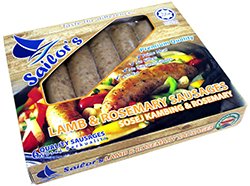 “I could use imported casings, but it would not be feasible for me because my volume is too small, so I only use locally produced pig intestine casings,” she said.

“Nor can we use the other types of casings because our customers would not like them.”

She fears the local ASF situation might add to her problems in sourcing casings in the future.

Cellulose is the most widely used in Indonesia, followed by natural, collagen and polyamide, or plastic casings, according to Ishana Mahisa, Chairman of the Indonesian Meat Processors Association (Nampa).

“The volume of this segment is huge, but it is also very price sensitive. Cellulose fits well because it helps sausage producers push down their production costs.”

Collagen is gaining ground as more sausage producers venture into the grilled sausage market. While demand for plastic casings has been dropping, collagen is trending, largely thanks to its use in the children’s snacks market, said Mr Mahisa.

“Polyamide, meanwhile, is now less popular because it leaves a mark on the sausage after the casing is opened. This does not happen with cellulose,” he added.

Halal collagen supply from Australia has dropped over the last two years as halal tourism pushes up demand from Japan.

“The collagen quality has declined. Collagen needs time for aging before it is exported, but because of high demand from Japan, I believe there has not been sufficient time to age it,” he said.

With this in mind, and because collagen comes from beef, which Australia produces in abundance, Nampa has been coaxing Australian investors to invest in a collagen casing plant in Indonesia.

“This is still under discussion and we believe the potential is promising. Besides targeting the local market, the plant can export the casings to Malaysia, the Philippines and other countries in the region with an Indonesian halal label,” said Mr Mahisa.

No place for natural in Sri Lanka 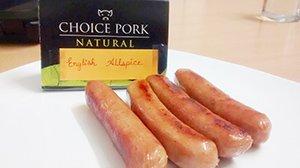 Sri Lanka has been at the forefront of sausage-making for a long time and opted for inedible cellulose casings early on.

One major manufacturer told Asian Meat Magazine that companies are cautious when it comes to using natural casings.

“They are riskier to use in terms of food poisoning, so I don’t see people in Sri Lanka using them in the future,” said Charmal Silva, General Manager of

Gills Food Products, which controls around a sixth of the market.

Religious sentiments over using pork and beef intestines has also meant that producers prefer to stick to more neutral options.

Keells Food Products, Sri Lanka’s sausage pioneer, long ago introduced skinless sausages to the market, with cellulose casings that can be peeled off when served.

“The market is used to them, though things are slowly changing,” said Mr Silva.

Gills, Pussalla Meat Producers and more recently Gourmet Lanka have been part of this shift as they push sausages with edible collagen casings.

“These are premium products and the higher price compensates for the more expensive casing,” said Mr Silva.

That collagen helps retain the shape of the sausage was another factor that persuaded Gourmet Lanka to follow this course.

Kazi Food Industries produces sausages with cellulose casings of 50-65 microns in thickness that are permeable to water vapor and smoke and can be treated easily. These can also be peeled off after cooking for skinless sausages.

“We prefer to use the casing as it is easier to abide by food safety regulations,” said its General Manager for Marketing and Branding, SAM Zakaria Hossain.

The Indian market is in its infancy and the most popular sausages are made from pork.

DLG Farms, which produces pork sausages under the Ranch brand, uses both natural and plastic casings. Chief Executive OK Sanjit told Asian Meat Magazine that plastic and synthetic casings are used for fast-moving lines and natural ones only for premium sausages.

“Our premium market is small. We sell them mostly to boutique hotels, in metros and to high-end customers,” said Mr Sanjit. 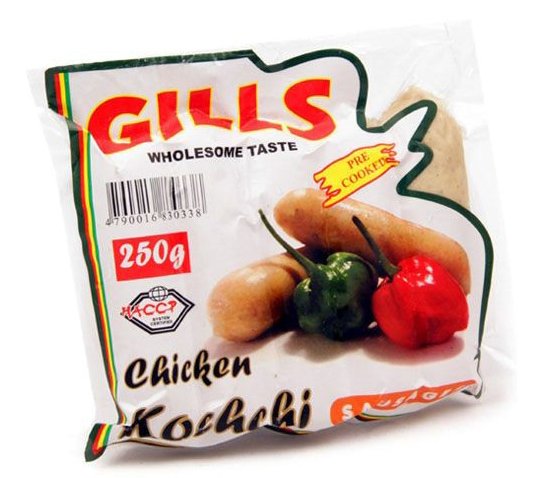 Pork producer Arohan Foods, which operates in the sausage stronghold of northeast India, does not use natural casings.

Despite there being a ready supply, Mr Hazarika said natural casings are not preferred due to supplies being inconsistent in their lengths and thickness. This makes the imported plastic ones a more attractive option.